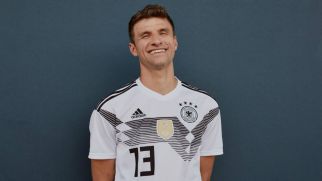 I’ve spent some time checking out the 2018 FIFA World Cup shirts and some of them are absolutely fantastic. ADIDAS in particular seem to have excelled themselves for this tournament.
The Argentina home shirt is beautiful, I think the blue color is slightly different for this tournament and it looks really well. It’s a sky blue which almost blends in with the white.
NIKE have some nice shirts also at this tournament. France’s especially is particularly, a stylish dark navy blue with striping on the sleeve. For me, Brazil’s home shirt is a little too garish yellow but there probably isn’t a whole lot you can do with canary yellow. Their blue away shirt is, as is typical for Brazil, the prettier shirt, though the home shirt is of course the more iconic.
NIKE have also done a nice job with England’s shirts. The home shirt is as ever white with just a simple red trim and the away shirt returns to the predominant red (having previously bizarrely been navy blue). NIKE are keeping the design simple but their shirts are really working for this tournament.
An important note is that all of the national team crests at this World Cup appear to be sewn on – as opposed to being stickers, which a lot of kit manufacturers are employing now, which I presume is being done for cost saving purposes, but do not look well and of course are at risk of being washed off when put in the wash a few times.
The créme de la créme of all of this year’s World Cup shirts, must be the German’s for me though. I can’t decided whether I prefer the home (white/black) or away (green with white trim) shirt. The simplicity of the design of the home shirt with the black and white colors is stunning with the three lines across the chest a throwback to the 1990 shirt which had the colors of the flag, though for me, this shirt is even better than the 1990 version.
Then there’s the away shirt, which is all green with different shades of green criss crossed across it, which is a more dramatic design.
“Vorsprung durch technik” indeed!
The “FIFA WORLD CHAMPIONS 2014” and World Cup trophy gold plate on the breast of the German shirts is another delightful addition to the shirt, though that’s thanks to FIFA rather than ADIDAS.
I wonder if ADIDAS make an extra effort with the German national football team shirt? ADIDAS were founded in Germany, by German brothers Adi and Horst Dasler and have their headquarters in Germany. The German national football team have only ever had their kit made by ADIDAS and I’ve never seen an ugly German national football team shirt.
One also imagines that ADIDAS like to be associated with what is (alongside Real Madrid) their winningest brand. Rumor has it that ADIDAS bought out their 20 year association with AC Milan three years early back in January of this year due to the Italian giants not being “successful enough” for ADIDAS’s €20 million per year investment in the club.
Anyway, I digress, despite Ireland not having qualified, roll on 14th June and the big kick-off! The excitement builds!