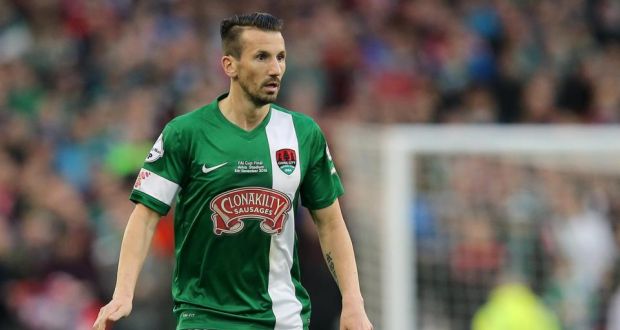 A galaxy of global football superstars is being lined up for a special tribute game in Cork later this year for the former Manchester United and Celtic player Liam Miller.

Alex Ferguson, Roy Keane, and Martin O’Neill have all rowed in enthusiastically behind two special benefit events for the family of the Ovens, Co Cork, man who died prematurely last February at the age of just 36.

Footballing icons David Beckham, Ryan Giggs, Paul Scholes, Nicky Butt, and Henrik Larsson are all in the frame to play for Man Utd and Celtic-Ireland legends selections in the autumn at Turner’s Cross.

The game, which will be a 7,200 sell-out, will be followed that evening by a glittering banquet at Cork’s City Hall.

Miller, left, who is survived by his wife Clare and three young children, played for both United and Celtic, and initial support from Old Trafford and Parkhead has encouraged organisers that both club hierarchies will throw their wholehearted support behind the game.

Miller’s popularity in the football business was succinctly captured by his former Old Trafford colleague Rio Ferdinand, who said the Cork man was “a pure, genuine guy”.

A high-powered organising committee, with support from FAI chief John Delaney, includes businessmen Denis O’Brien and Dermot Desmond, and is being headed up by Cork-based property developer Michael O’Flynn, who is a long-time family friend and next-door neighbour of the Miller family in Kilcrea, Ovens.

Roy Keane, Martin O’Neill, and former Arsenal and Coventry player Graham Barrett, a close friend of Miller’s, are also to the forefront of the organising committee. Cork City FC has rowed in enthusiastically behind the project and will oversee the match detail at Turner’s Cross.

The committee was keen that the game, which is likely to be an afternoon kick-off, go ahead in Cork. More than 600 guests are expected that evening at the City Hall celebration of Miller’s life and career.

Ferguson had been a key driver before his own illness, in helping organise the tribute events and the committee is understood still to be hopeful of his direct involvement in the autumn.

It is understood the legendary United boss had already put down markers with a number of his key ex-Man Utd players, who drove the club to the most successful period in its illustrious history.

Ferguson retired in 2013 as the most successful manager in the history of the Premier League, and the football world rallied in support last month when he suffered a brain haemorrhage. However, he is reported to be already “back on his feet and glad to be out of hospital”.

Republic of Ireland manager O’Neill has pledged to drive the Celtic-Ireland side of the equation, having managed the Glasgow giants for five years from 2000, leading them to a UEFA Cup final in 2003, where they succumbed in extra-time to a Jose Mourinho-managed Porto.