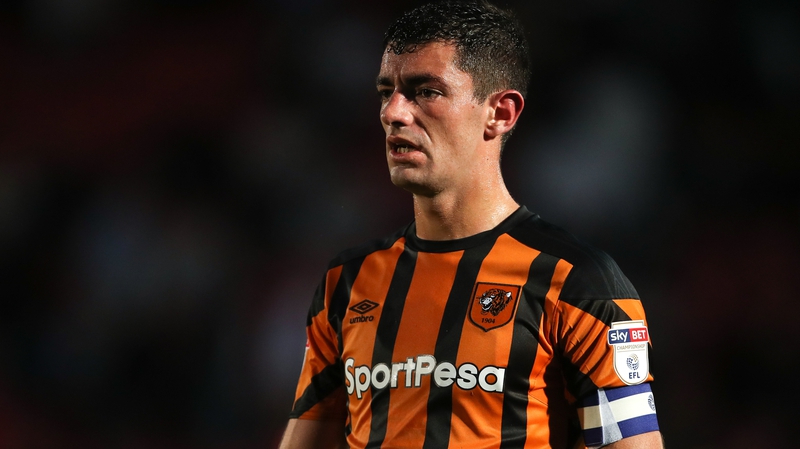 Back in April, Irish footballer Brian Lenihan announced his retirement from football at the age of just 23. The defender who made his name playing for Cork City, signed for Hull in 2014, but unfortunately, a series of knee injuries meant he only made four appearances in England.

The statement his released in April made it clear the early retirement was for medical reasons.

I would like to take this opportunity to thank everyone associated with Hull City AFC for the care and support I have received over the past 4 years. From a medical point of view the staff have gone above and beyond for me and for that I will be forever grateful!

In light of events late last year, it is with deep regret that I have had to retire from Professional Football. Having to retire at 23 is something I did not foresee.. but such is life! This decision does not come lightly but due to the medical advice I have received it is an action that needs to be taken for my own wellbeing.

I’d like to give a special thanks to Dr Mark Waller, Rob Price, Alan Peacham and Ruben Crespo for the exemplary care and support they have given me during my time at the club.

I’d also like to express my gratitude to Steve Bruce, Mike Phealan, Marco Silva -and Nigel Adkins for their advice and guidance during my time at the club.

Sometimes in life you need to give up on a life long dream to ensure you live a happy and more fulfilling life!

At the time, the medical reasons he mentioned were assumed to be his persistent knee injuries, but in an interview with Trevor Welch on the Hard Knocks Sports Cork podcast released today, Lenihan states that mental health reasons were why he gave up the game, revealing for the first time that he attempted to take his own life late last year.

It’s a bit of misconception.

It was a really dark, dark period of my life from, say, July up until December. I was struggling a lot with football, and with lots of other things, mainly my mental health, and on the 15th December this year, I attempted suicide.

I was brought to hospital, and then transferred to The Priory Hospital in Altringham, and I spent three months there. I did twelve session of ECT – Electro-Convulsion Therapy.

It was a really dark period but one that, genuinely, I feel lucky to have a second chance at life.

It wasn’t something that Lenihan has revealed before, but when approached to do an interview by Welch about his retirement, he felt the need to disclose the true reasons for giving up the game in order to help other sufferers.

It’s something that not a lot of people know. Obviously, my mam, my dad, my girlfriend, my close friends and stuff, but nobody else really knows that.

When you asked me to do the interview, obviously you thought it was because of injuries as well, I was torn between doing the interview and not, because I don’t want to come across as being dramatic, or having an excuse for the reason why I retired, and that’s not the case, and the reason I agreed to do the interview was to, I suppose, if I could help at least one more person, and make sure they didn’t make the same mistakes I did, because it wasn’t as if I didn’t have a close knit family or a good support network. I really did. I had such a good support network, but when you’re in that state of mind, I don’t think a lot of things can stop you from making silly mistakes like that. When I speak to people about mental health and depression and everything, it’s a cancer of the mind. It’s so difficult to get over it I suppose.

While Lenihan is now embracing his second chance at life, his life away from football is something that’s is helping. For the Cork man, it was his football career that was the catalyst for his problems.

For me it was. It was the pressure and the stress of football. Not reaching my potential, not achieving enough. Not getting a reward for amount of hard work I was putting in. It’s like anything in life, you put hard work into something with the hope and the expectation of getting something in return, and for the amount of work and effort I put in, I didn’t really get anything in return. That’s understandable, these things happen.

I’m ashamed of what I did, but if I was in the same position, I think the same thing would have happened, and I would have ended at this point anyway, and I’m happy now, I’m really really happy in Manchester, away from football, and just living a happy life, and I think that’s the most important thing.

It’s quite a shocking story, and it’s a really brave and admirable decision for Lenihan to come out and talk about. He also goes on to talk about how prevalent he thinks mental health issues are and how people who are suffering need to seek help the way they would with other medical issues.

It’s clear this is something that huge amount of people, especially young men, are suffering from in silence. For a young man like thus to speak so articulately and so well on this subject is crucial if we’re to address the issue as a society.

You can listen to the entire interview that Brian did with the Hard Knocks Sports Cork podcast here: