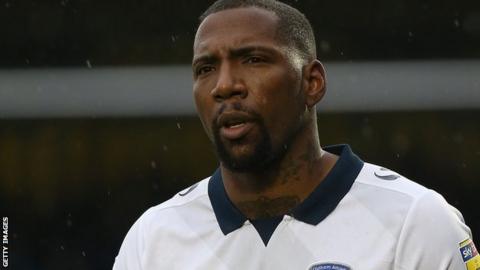 Tranmere Rovers forward Ishmael Miller will not be paid while he is out injured after asking the club to freeze his wages.

“At this moment, Ishmael’s not getting paid by Tranmere,” his manager Micky Mellon told BBC Radio Merseyside.

“He came in to see me about a week ago and we had the conversation where he said to me, ‘stop my wages until I get fit again’.

“He wants Tranmere Rovers to keep moving forward while he’s out injured, which is possibly the first time I’ve heard that.

“I need everybody to understand how big a gesture that is from Ishmael at this moment in time.

“If he’d kept getting paid and waited until he got fit, nobody would’ve blinked an eyelid as that’s what’s supposed to happen.”

Miller, 31, only joined Tranmere earlier this month on a deal until the end of the season after being released by Oldham Athletic.

He scored on his debut in a 3-1 win at Cheltenham Town, but only lasted 29 minutes of the following game against Swindon Town and has been sidelined since.

“People might say, ‘well, he’s in a position where he can do that’,” added Mellon. “Well, he doesn’t have to do that.

“He knows how tight things are at this club and where we’re at in terms of what we’re trying to do.

“I think it says an awful lot about him as a man. Often footballers get bad publicity, but he thought about us and Tranmere first.”