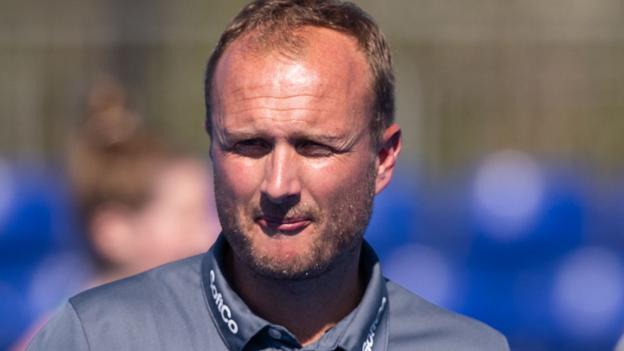 Hockey Ireland has this evening accepted the resignation of senior women’s head coach Graham Shaw as he takes up the position of head coach of New Zealand’s senior international women, also known as The Blacksticks.

Shaw has previously been a senior Irish international player and has been part of the coaching set up since 2010. He was assistant coach to Darren Smith before taking the head coach role in the summer of 2015.

The Blacksticks offer an exciting challenge as they compete in the Pro League and their target will be very much to qualify for next year’s Olympics in Tokyo.

Speaking about the move, Shaw said “It was an honour to coach my country and I am very grateful for the opportunity. We have had some incredible times together that I will never forget. I have worked with an outstanding staff over many years; your professionalism, honesty and friendship will stay with me forever.

“To the players I would like to say a massive thank you. Your drive, dedication and loyalty has been relentless and it has been an absolute pleasure to lead the program over the past 4 years. I would like to wish the squad all the best for the future. I hope you continue on this journey, inspiring the next generation of hockey players in Ireland and I hope to see you in Tokyo”.

Ireland has gone from 16th to 8th in the world during Shaw’s tenure and qualified for their first World Cup since 2002. The recent 2018 World Cup is perhaps what Shaw will be most recognised for as he led the squad to an historic silver medal and a first ever World Cup final for any Irish team sport.

Hockey Ireland Performance Director Adam Grainger was fulsome in his praise for Shaw saying: “Graham has undoubtedly left the Green Army programme in a better place and has put the building blocks in place for the squad to continue with this cycle successfully, with the primary goal being Olympic qualification. Graham’s commitment to the programme, both on and off the pitch, is a testament to his character and we wish him every success in the future.”