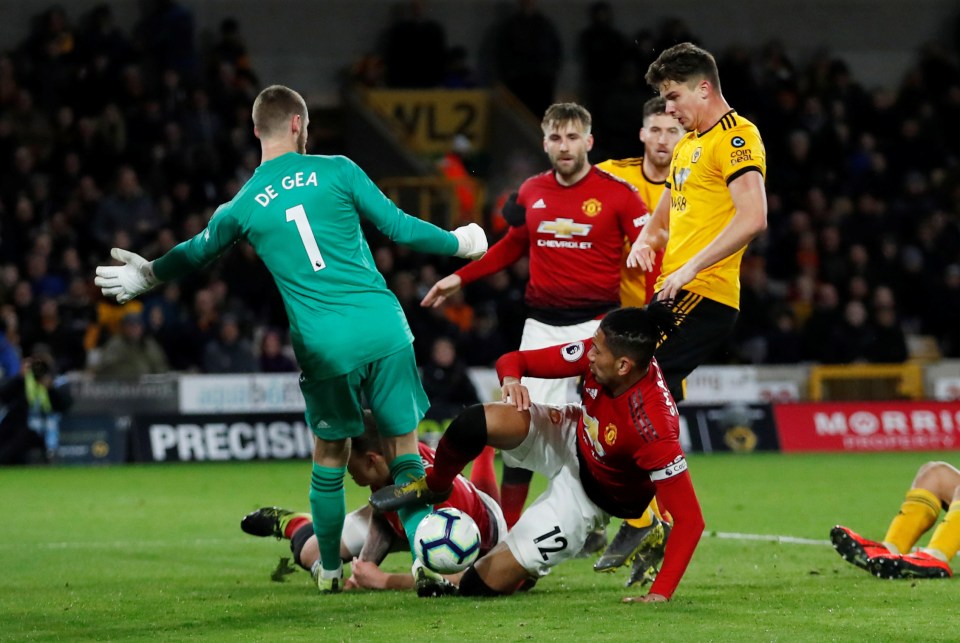 Ole Gunnar Solskjaer hasn’t been guilty of many sub-par performances since taking the reins at Manchester United but Wolves are proving to a bogey team for The Red Devils following their FA Cup win and Tuesday’s night win at Molineux.

The night started off very well for the visitors though. Nuno Esperito Santo’s men even gave United a goal of a start before putting them to the sword, with Ashley Young seeing red after two fouls on Diogo Jota in five mad second half minutes.

It all seemed so simple early on as United pinned back Wolves from the first whistle. Literally.

Jesse Lingard burst out of the blocks straight from United’s kick off and hared through the Wolves defence like a man possessed before shooting straight at Rui Patricio.

Certainly United started on the front foot, intent on making up for a lacklustre win over Watford at the weekend.

For 20 minutes it looked as if Ole had it sussed. His team rampaged forward and Wolves wobbled. Here there was just 13 minutes on the clock when they scored with their third attempt on goal.

Scott McTominay’s first United goal was one he’ll treasure after drilling it low beyond Patricio from outside the box. At that point it seemed like Ole was passing this test with flying colours.

Lingard should have given United a two goal cushion but didn’t realise he had time to pull the ball down and his hurried header was pushed away by Patricio.

Diogo Jota’s pace and Raul Jimenez’s intelligent runs and sense of devilment soon started picking holes in United’s threadbare defence however. Jimenez let United off the hook when he slashed wide after 24 minutes.

But United promptly shot themselves in the foot. David De Gea’s short kick out to Fred was horribly mis-controlled by the midfielder. Before United knew what had hit them the ball was in their net as Dendoncker and Jimenez sprang Jota who slammed the ball beyond De Gea.

From that moment on Wolves toyed with United’s defence. Young looked decidedly uneasy as Jota ran him ragged and when he went over the top of the ball to leave the Portuguese forward in a heap he had to go.

At one point Jimenez played a Rabona in to his strike partner – it was that easy for the Wolves front two against Chris Smalling and Victor Lindelof – Phil Jones fared no better when he came on.

The winner was a scrambled goal as Moutinho crossed Jimenez and Jones challenged in the air with the Wolves man getting the viotal touch.

Smalling beat Dendoncker to the ball but for once he didn’t want to as the ball crept agonisingly over the line.

He was at it again before the end but this time De Gea saved his blushes as Smalling almost put a Jonny cross beyond him.

A big improvement is needed from United when they face Barcelona in the Champions League quarter-finals next week.