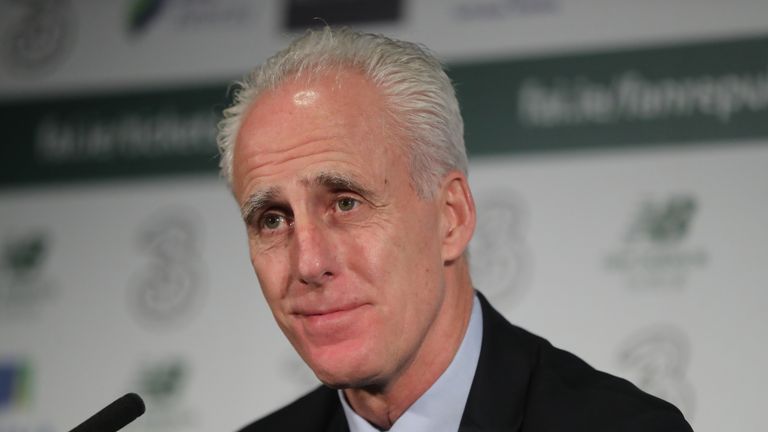 Republic of Ireland manager Mick McCarthy has named his 30-man squad ahead of his side’s training camp in Portugal.

With the Euro 2020 qualifiers against Denmark and Gibraltar coming up at the start of June, Ireland will travel to Quinta Do Lago in the Algarve to train at the end of the month.

Several players are involved in Championship and League One play-offs which could affect McCarthy’s final squad.

Following his hugely impressive debut for Bornemouth against Tottenham over the weekend, 19 year-old Mark Travers is named alongside Darren Randolph and Kieran O’Hara as the goalkeeping options.

Shane Long returns to the squad following his rich vein of form and recovery from a groin injury which kept him out of the recent qualifiers.

A huge positive for the League of Ireland is Shamrock Rovers star Jack Byrne keeps his place, but this camp comes too soon for Everton midfielder James McCarthy.

Next up for Ireland is a huge clash with Denmark on the June 7th, before welcoming Gibraltar to the Aviva Stadium three days later.

Ireland will go into the game with great confidence as they sit top of Group D with maximum points from their two games played.