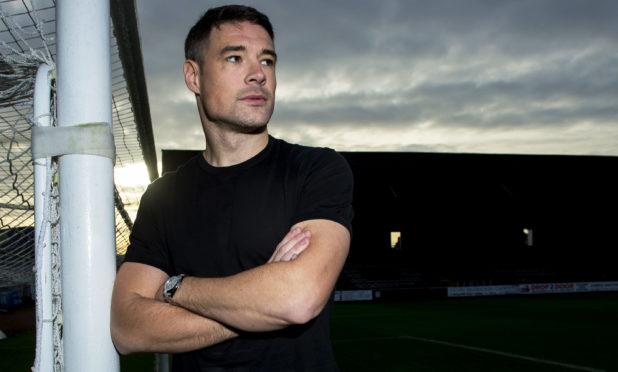 Darren O’Dea graced the Champions League as a player with Celtic.

Now the Irishman dreams of returning to Europe’s elite level one day as a manager.

O’Dea was sent off in the final top-level game of his senior career for Dundee at the weekend.

The 32-year-old will start his first coaching gig with Motherwell Under-18s — and may also line out for East Kilbride in the Lowland League.

O’Dea is ready to put in years of work as he embarks on a new chapter, but outlined his big ambitions.

He says: “I want to be a Champions League manager and I am not shy in admitting that.

“It’s a little bid mad saying that when I haven’t even started my first coaching job.

“But yeah, I want to reach for the stars and strive to be the best I can be.

“I have had a career as a player and I know I have the mentality and work ethic to develop as a coach.

“I am willing to listen and learn — and I do feel I have natural abilities for this side of the game.

“I am so desperate to get started that I am stopping playing when I could continue for a few more years.

“This is the road I am on now. It’s a helluva long one but I am thinking long-term.

“I want to do this for the next 30 or 40 years and I will take my time because I have so much to learn.

“This opportunity at Motherwell, it’s is an incredible environment to be going into.

“There are fantastic coaches at the club, pro licence holders, and I will soak up as much as I can from them.

“The gaffer and everyone else will push me and test me, but I want to go there and really make a contribution.”

O’Dea has worked under some of Britain’s top gaffers and biggest characters during a long career in the game.

Martin O’Neill, Gordon Strachan, Roy Keane, Neil Warnock and Brendan Rodgers are just a few of the big names he has learned from.

There was also a priceless experience of playing in Giovanni Trapattoni’s Ireland team — and spells in Canada, Ukraine and India.

But one man stands out from every single coach O’Dea worked with in the last 16 years — and that was Tommy Burns.

O’Dea added: “Tommy taught me the principles of being a person and a player.

“He was a phenomenal coach but it’s not the technical things that stand out in my memories of him.

“No, what I remember was the way he made sure we knew how to behave and how to carry ourselves.

“Tommy taught every young player at Celtic the basics of applying yourself every day.

“He pushed us all the time but he wanted us to improve and Tommy’s influence is something I will always take with me.”

O’Dea broke through at Parkhead as a kid and made his Champions League debut aged just 19.

He classes that as a highlight of a Celtic career that saw him win four major honours and score in an Old Firm League Cup final.

His 20 Republic of Ireland caps and inclusion in the Euro 2012 squad also stand out for O’Dea.