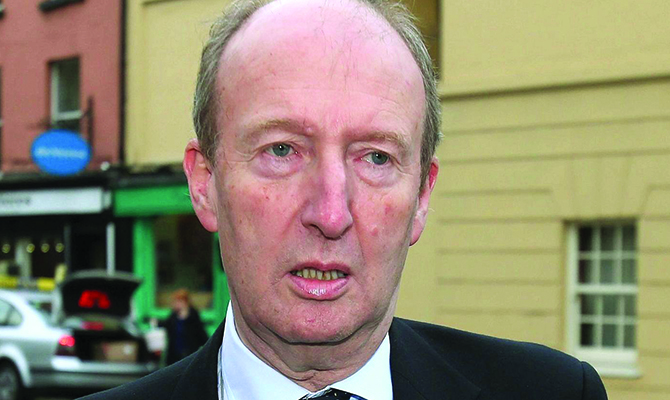 Minister for Transport, Tourism and Sport Shane Ross has welcomed the decision to cancel an MMA event in Monaghan after concerns were raised over whether there were sufficient health and safety measures in place.

Battle Arena 66 was due to take place in Treacy’s Hotel in Carrickmacross this Saturday, but the event will now no longer go ahead. In a statement, the minister thanked ‘the various bodies whose assistance was necessary in bringing about the cancellation including, An Garda Siochána, Monaghan County Council, the Pre-Hospital Emergency Care Council, the Irish Red Cross, and the HSE.’

The event organisers claimed that the aforementioned authorities ‘blocked them at every turn’.

“It was brought to my attention by the Pre-Hospital Emergency Care Council (PHECC), which is the Statutory Regulator for providers of pre-hospital emergency care in Ireland, that the emergency medical services at the Battle Arena 56 on the 25 May would have fallen far short of the recommendations of the Dublin Coroner in the inquest following the death of Joao Carvalho, and involve people who have not been not licensed in this jurisdiction.

“One can only react with dismay that any organiser of such an event would take such an approach with the health and safety of its participants. It is frankly unimaginable that any event promoter in this country is unaware of their obligations to ensure that any event of this nature does not expose the participants to an unacceptable level of risk and injury.”

Portuguese MMA fighter Carvalho died in Dublin after a fight in April 2016, which sparked a huge debate over the health and safety requirements at MMA events in Ireland.