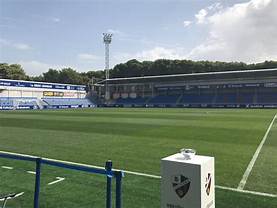 Leeds United forward Samuel Saiz has been questioned at a police station in Ibiza in connection with the match-fixing scandal that has rocked Spanish football.

Saiz is being allowed by police to continue his holidays in Ibiza, according to a well-placed source close to the case. His partner Elena Milla laughed off reports of his arrest by posting footage of him relaxing at an Ibiza beach club.

The 28-year-dad-of-two, currently on loan to Madrid side Getafe, was reportedly held on Tuesday morning as part of a high-profile Spanish police operation against match-fixing.

Spanish radio station Cope corrected other local media reports soon after the news broke by saying he was under investigation but had not been formally arrested.

The source said he was expected to be summonsed before an investigating judge probing the alleged match-fixing scandal at a future date, although it is not clear if he will asked to give evidence as a witness or suspect.

Six detainees held on Tuesday by Spanish police are due in court on Thursday in the northern-eastern city of Huesca, where the investigating judge leading the judicial probe is based.

They are understood to include former Real Madrid player Raul Bravo, an ex-international who was a teammate of David Beckham at the Spanish giants and also had a brief loan spell at Leeds.

Huesca president Agustin Lasoasa will also be among the six suspects brought to court for Thursday’s hearing, which will take place behind closed doors as is normal in Spain where only trials are held in public.