Stuart Broad (pictured above) and Chris Woakes (pictured below) produced a masterful new-ball spell to steamroller Ireland for 38 at Lord’s, delivering a thumping England victory to end a remarkable maiden Test between the nations.

Ireland were left chasing 182 to complete what would have gone down as one of the biggest upsets in cricket history on just their third outing at this level but never got close, demolished in just 94 balls as Woakes’ career-best six for 17 and Broad’s four for 19 put the visitors to the sword in cruel fashion.

Only once has a Test innings been completed in fewer deliveries, South Africa at Edgbaston in 1924, and it also goes down as the seventh-lowest total of all time.

The scale of the victory, 143 runs, was huge and the manner verging on comical as the final innings of the match unfolded at warp speed, but let it not be forgotten that Ireland began the game by dismissing England for 85 in the first session of the match.

In the end the visitors were finished off with embarrassing ease but their third appearance on the Test stage was nothing to be ashamed of when viewed as a whole and they have done plenty to warrant further opportunities in a format that was shielded from them for too long.

The stakes were massive at the start of the day, England seeking to avert what would have gone down as a contender for the all-time nadir of their 1,011 Tests and Ireland looking to convert the chance of a lifetime.

Given the vast disparities between the two nations in terms of experience, infrastructure, investment and opportunity – not to mention the fact that the most talented Ireland-born cricketer, Eoin Morgan, has just captained England to World Cup glory – they would surely have surpassed the underdog triumphs of Pakistan (1954), Sri Lanka (1998) and Bangladesh (2016). As it was, the brilliance of Woakes and Broad never gave them a sniff. 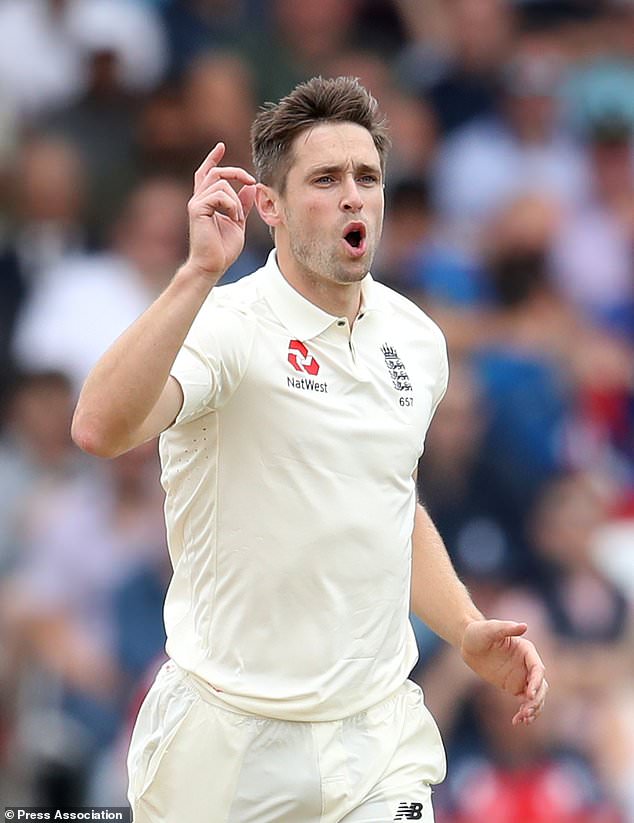 It all looked so different at the start of the day. England’s last-wicket pair of Broad and Olly Stone resumed with the score at 303 for nine, harbouring hopes of stretching the lead by another 20 runs to take it past the psychological barrier of 200.

After a night spent pondering how they might go about it their prospects were dashed instantly, Stuart Thompson hooping the first ball of the day through Stone’s defences and toppling leg stump.

The chase endured a false start, halted after seven scoreless deliveries by an hour-long rain delay, but once under way the action never relented.

Ireland picked up 11 runs from the first 10 deliveries faced after the restart, James McCollum twice piercing the covers. Little did anyone know, that would be as good as it got.

Captain Will Porterfield was first man down, nicking Woakes’ fully-pitched teaser and offering a low chance which wicketkeeper Jonny Bairstow greedily gathered, tumbling low and left-handed to cling on.

After one clean strike down the ground Andrew Balbirnie was next, feeling for Broad’s back-of-length and guiding to Joe Root at slip.

Already the target, challenging but seemingly achievable at the outset, was beginning to look formidable.

By the time Woakes took three more wickets in the space of seven balls even that had been upgraded to fantastical. Paul Stirling, dangerous but not always diligent, was clean-bowled for a two-ball duck, McCollum followed by nicking to Root and Gary Wilson failed to score for the second time in the match.

He was beaten on the outside edge by a wonderfully precise, aggressive line from Woakes and was clipped on the back pad in front of off stump. England needed DRS to confirm the dismissal and leave their opponents positively punch drunk.

The batting side needed something – anything – to stop the rot but were getting nothing loose from two seasoned seamers with the bit between their teeth.

After watching Woakes run through the middle order Broad added a second success of his own, Kevin O’Brien offering up one of the easiest lbw decisions Aleem Dar will ever have to make after being trapped by one that nipped down the slope.

O’Brien’s departure was loaded with meaning for the Irish cause, for it was his 50-ball century that had carried them to a famous win over England at the 2011 World Cup. That was an astonishing innings, started from a similarly unpromising position, but there was to be no repeat performance.

This time he had managed a single blow to the boundary before being sent back. The game was all but over, Ireland fighting to avert the record Test low of 26 all out as well as the shortest-ever completed innings, at 75 balls.

They managed both, but not by much. Mark Adair was cleaned up by Broad, who also proved too good for Andy McBrine, but it was Woakes who finished with the marginally superior figures.

He completed his third five-wicket haul when Thompson fed Root a fourth catch and wrapped thing up four balls into the 16th over by clattering Tim Murtagh’s leg stump.