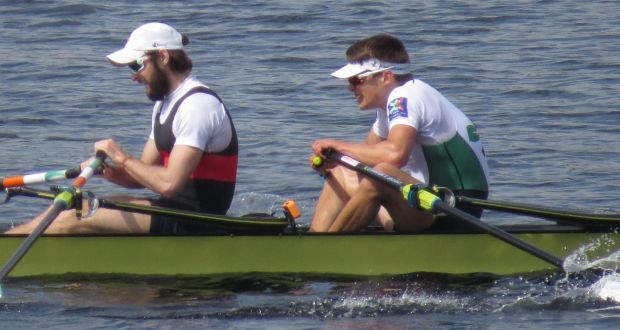 Cork pair Paul O’Donovan and Fintan McCarthy have qualified for the Tokyo Olympics and will race for a gold medal at the World Rowing Championships.

The Skibbereen natives won their Lightweight Double Sculls semi-final today in Austria in a time of 6:13.46, to win well from Germany and Norway and book their place in the A final. O’Donovan and McCarthy will take part in the final this evening.

But there was disappointment for Paul’s brother Gary, who won a silver medal along side his brother at the Rio 2016 Olympics, he came sixth in the Lightweight Men’s Single Sculls semi-final, forcing him to settle for a place in the B final.