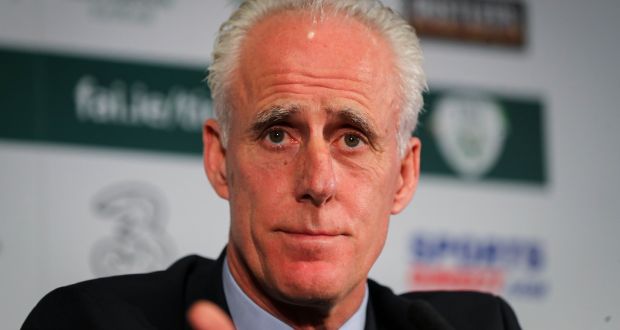 Having been in the previous Republic of Ireland senior squad, Shamrock Rovers’ Jack Byrne is once again included in Mick McCarthy’s final 25-man Ireland squad for the crucial UEFA Euro 2020 qualifiers versus Switzerland at Dublin’s Aviva Stadium on September 5th and the friendly against Bulgaria five days later.

Shane Long is the big loser as he has been cut from the original 40-man provisional squad having got just 14 minutes of club action in the League Cup for the Saints so far this season, with manager McCarthy having stated that game time at club level is very important for players to be selected for his international teams, even if that game time means dropping down a level.

The goal scoring hero from the Euro 2016 qualifiers has yet to feature under McCarthy having withdrawn from previous squads through injury.

And it now appears he has slipped behind Sheffield United duo David McGoldrick and Callum Robinson, Stoke’s Scott Hogan and Preston’s Seán Maguire in the striking pecking order.

While Long’s lack of minutes looks to have cost him, McCarthy has included Jeff Hendrick, Kevin Long and Glenn Whelan after the trio both got their first 90 minutes of the season in the past seven days.

And James McCarthy of Crystal Palace is also included after getting back into club action this season following his deadline day switch from Everton.

The Ireland manager said this morning: “I named a 40-man provisional squad a fortnight ago because so many of the players had yet to play for their clubs but thankfully that situation has improved dramatically since then.

“I watched James McCarthy play the full 90 minutes for Palace in the Carabao Cup on Tuesday while Alan Kelly was at Burnley on Wednesday night to see Jeff Hendrick and Kevin Long start against Sunderland.

“Alan Browne is back in the team at Preston and Mark Travers started for Bournemouth on Wednesday and saved three penalties.

“Conor Hourihane scored two goals for Aston Villa at Crewe on Tuesday and Glenn Whelan is playing again now that he has signed for Hearts.”

Shamrock Rovers playmaker Jack Byrne is also in after an impressive few months with the Hoops, and the Ireland manager said he will watch the Dubliner again when he plays in tomorrow’s derby against Bohemians at Tallaght Stadium.

Republic of Ireland squad for matches v Switzerland and Bulgaria: