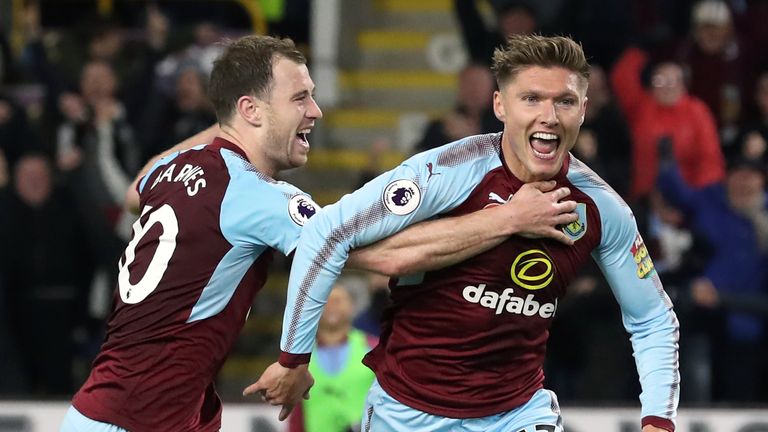 On the day he marked his 100th appearance for Burnley, Dubliner Jeff Hendrick smashed in a last minute, first-time 25 yard daisycutter to equalize for Burnley at the Amex Stadium against Brighton on Saturday evening when it seemed certain that Seán Dyche’s side were doomed to a narrow defeat.

There was no luck at Bramall Lane for Irish-laden Sheffield United (who possess four Republic of Ireland internationals, including Cork native John Egan in the first team) as an incredible run from Southampton‘s Moussa Djenepo midway through the second-half saw the Saints plunder all three points yesterday.

The Mali international got the ball fully 40 yards from the home team’s goal. He proceeded to round four would-be tacklers, stay on his feet when others would certainly have gone to ground and placed the ball past Henderson for a cracking goal, though it’s a goal which will worry Blades’ boss Chris Wilder.

Sheffield United had a goal disallowed by McBurnie because John Egan (who was offside) had attempted to head the ball (though McBurnie himself was not offside) and Egan’s action was judged by VAR to have been an “active” offside infringement.

In Saturday’s early kick-off, Liverpool made it five wins from five Premier League starts and moved five points clear at the top of the Premier League thanks to a 3-1 win over Newcastle United at Anfield.

The visitors took the lead through a cracking strike from Dutch international Villems who smashed the ball into the top corner of the home net on seven minutes to score his first goal for the club on his third (loan) appearance.

Liverpool’s Premier League rivals may have hoped to have spotted a potential issue brewing at Anfield before the international break when Sadio Mané made a very public point of expressing his dissatisfaction with Mohamed Salah, when the Egyptian failed to pass to him during the 3-0 win over Burnley.

Salah however sent out the ultimate modern-day olive branch in the form of a meme of the pair hugging.

By full-time at Anfield yesterday, the only question surrounding Liverpool’s stellar front three is how any side in Europe can hope to keep them quiet.

Mané’s first goal was a top class finish from a tight angle into the top corner following good work by Robertson. The Senegalese international’s second came from a through ball from Firmino which split the visitor’s defense, Mané was initially foiled by Dubravka but he tapped the rebound into the empty net before Salah sealed the win following a fantastic one-two between the Egyptian and Firmino which took the Newcastle defense out of the game before Salah finished past the hapless advancing Newcastle goalkeeper who was arguably man-of-the-match. 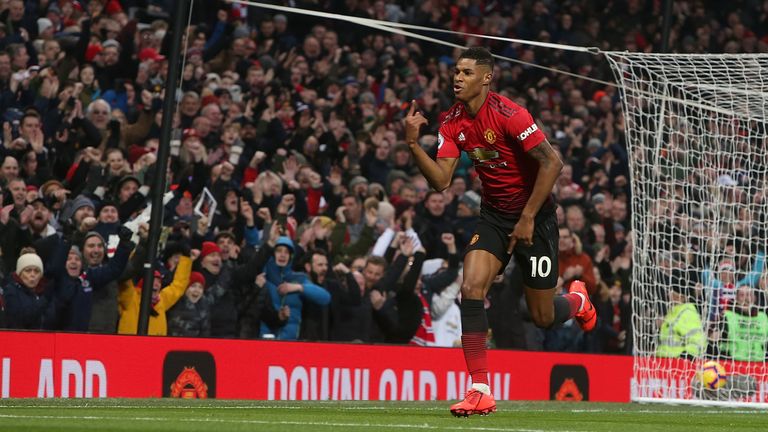 At Old Trafford, Manchester United did enough to overcome Leicester City thanks to an early Marcus Rashford penalty, with the 21 year-old also winning the penalty having been upended by Çağlar Söyüncü.

Rashford showed admirable composure in sending opposition goalkeeper Kasper Schmeichel the wrong way as the last penalty he took he missed when hitting the post.

Both sides had chances following the ninth minute opener with Rashford coming the closest to adding to the score with a 30 yard free-kick which clipped Schmeichel’s crossbar. 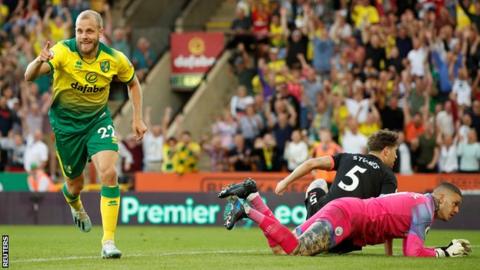 The shock of the weekend – and indeed the shock of the Premier League season – happened at Carrow Road as Norwich City overcame champions Manchester City.

The newly promoted home side were missing eight first-team players but took full advantage of a performance from the reigning champions that was careless in the extreme and characterized by haphazard defending.

Norwich were 2-0 up inside half-an-hour after Kenny McLean rose unmarked to meet Emiliano Buendia’s corner and then Todd Cantwell finished a flowing move involving Marco Stiepermann and Teemu Pukki.

Sergio Aguero’s header just before the break hinted at a Manchester City comeback but a misunderstanding between John Stones and Nicolas Otamendi saw Buendia rob the Argentina centre-back and set up Pukki to score.

Rodri scored his first goal for Manchester City on 88 minutes before referee Kevin Friend’s final whistle was the cue for wild celebrations at Carrow Road.

There was a goal-heavy game at Molineux as Wolves were overwhelmed 2-5 by Chelsea.

The visitors took the lead through an incredible first-time 35 yard strike from Tomori which was his first shot in the Premier League.

Tammy Abraham made it 0-2 following confusion in the home box with the goal being Chelsea’s eighth of the season, each of which scored by an English player aged 21 or under.

Chelsea went three up shortly before half-time following a good header from Abraham.

The England international completed his hat-trick ten minutes into the second-half, when he received the ball 35 yards from goal, rounded a tackle before finishing from a tight angle for another fine goal for the (young) Pensioners.

Wolves pulled two back late on, ironically one of which being an Abraham own goal, but those goals were too little, too late and Mount sealed the rout with another well-worked goal deep into injury-time, though the goals that had preceded it for Chelsea had been of such quality that this one seemed ordinary by comparison!

Tottenham meanwhile ran roughshod against a ragged Crystal Palace, with Son Heung-min the star of the show for Mauricio Pochettino’s side.

Son starred in the North London sunshine as his double inspired Spurs to a 4-0 rout.

The first goal was a cracker; after Alderweireld played a ball over the top which found the South Korean who turned two men inside out before finishing with composure from 15 yards out.

The third (Son’s second) was the pick of the four as Aurier played a lofty ball to the back post which Son finished first time from a very tight angle on the volley into the far corner.

Callum Wilson took advantage of an abysmal defensive performance from Everton to score twice in a 3-1 home win for Bournemouth.

In a tight affair involving two evenly matched teams it was the Toffees’ sticky defending that cost them, firstly allowing Wilson to net midway through the first-half after failing to deal with a set-piece.

Dominic Calvert-Lewin notched his first goal in 13 games to level it up just before half-time but a Ryan Fraser free-kick from the left was deflected past England goalkeeper Jordan Pickford by Fabian Delph to hand the Cherries the lead on 66 minutes.

Wilson then seized upon some more disorganization in the Everton backline with a lobbed finish over Pickford to secure Bournemouth’s first home win of the season in the closing stages. 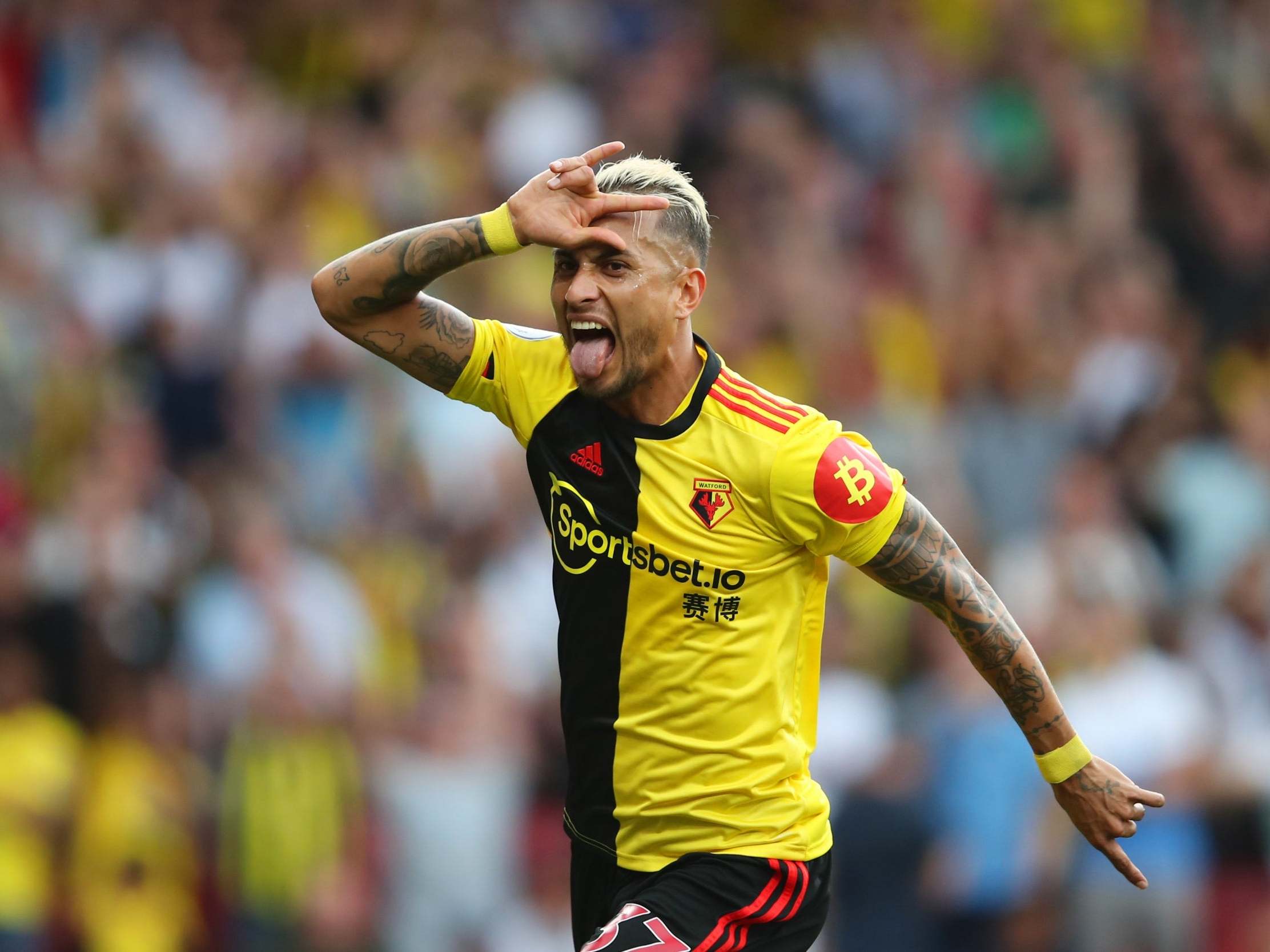 Arsenal threw away a 0-2 lead through defensive errors as Quique Sanchez Flores’ side earned a 2-2 draw in the first game of his second spell in charge of the Hornets.

A typically expert finish from Pierre-Emerick Aubameyang had Arsenal ahead despite Watford’s calls for a foul in the build-up, and the Gabon striker made it 2-0 shortly after with a simple finish from a fine Gunners move just past the half-hour mark.

Watford halved the deficit just after the break through Tom Cleverley as Sokratis was caught playing out from the back and Arsenal shot themselves in the foot again as David Luiz tripped sub Roberto Pereyra in the area, and he dispatched the penalty with aplomb ten minutes from full-time.