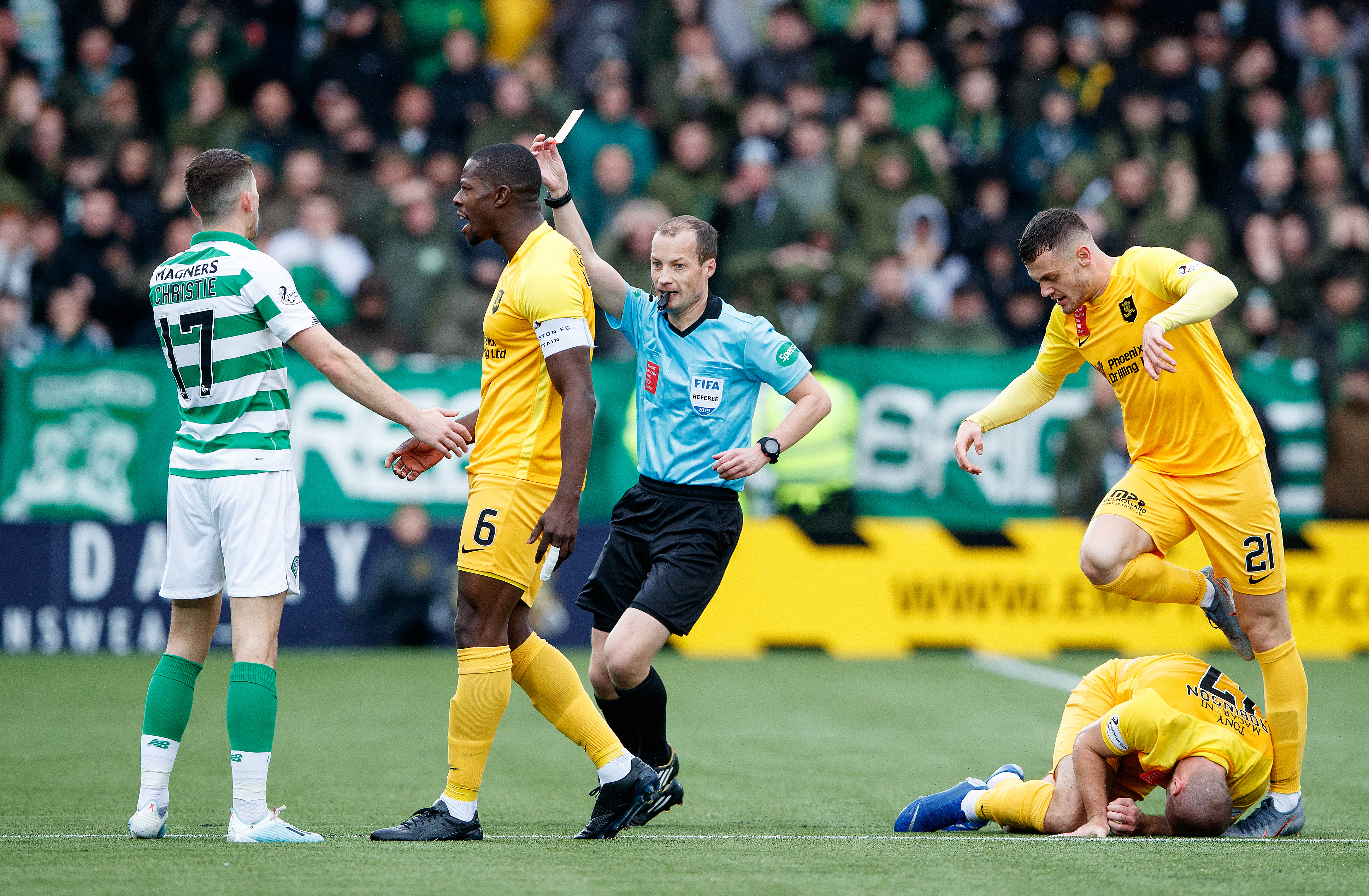 Ryan Christie was red carded for a crazy lunge on Livingston midfielder Scott Robinson as Celtic slumped to a 2-0 defeat at the Tony Macaroni Arena.

The 24-year-old’s moment of madness came in the 25th minute, leaving his team-mates having to battle with the combative Lions a man down for most of the match.

And fittingly it was Robinson himself who dusted himself down to give Livi the lead two minutes into the second half.

Lyndon Dykes 73rd minute effort then ended Celtic’s hopes of getting back into the game and sealed a famous victory for Gary Holt’s side – their first ever triumph over Celtic.

Sky Sports pundit Kris Boyd was scathing in his assessment.

He said at half time: “Scott Robinson is lucky he’s still out on that pitch.

“It’s out of character but for me it’s frustrating. Celtic haven’t got going in this game at all and full credit to Livingston.”