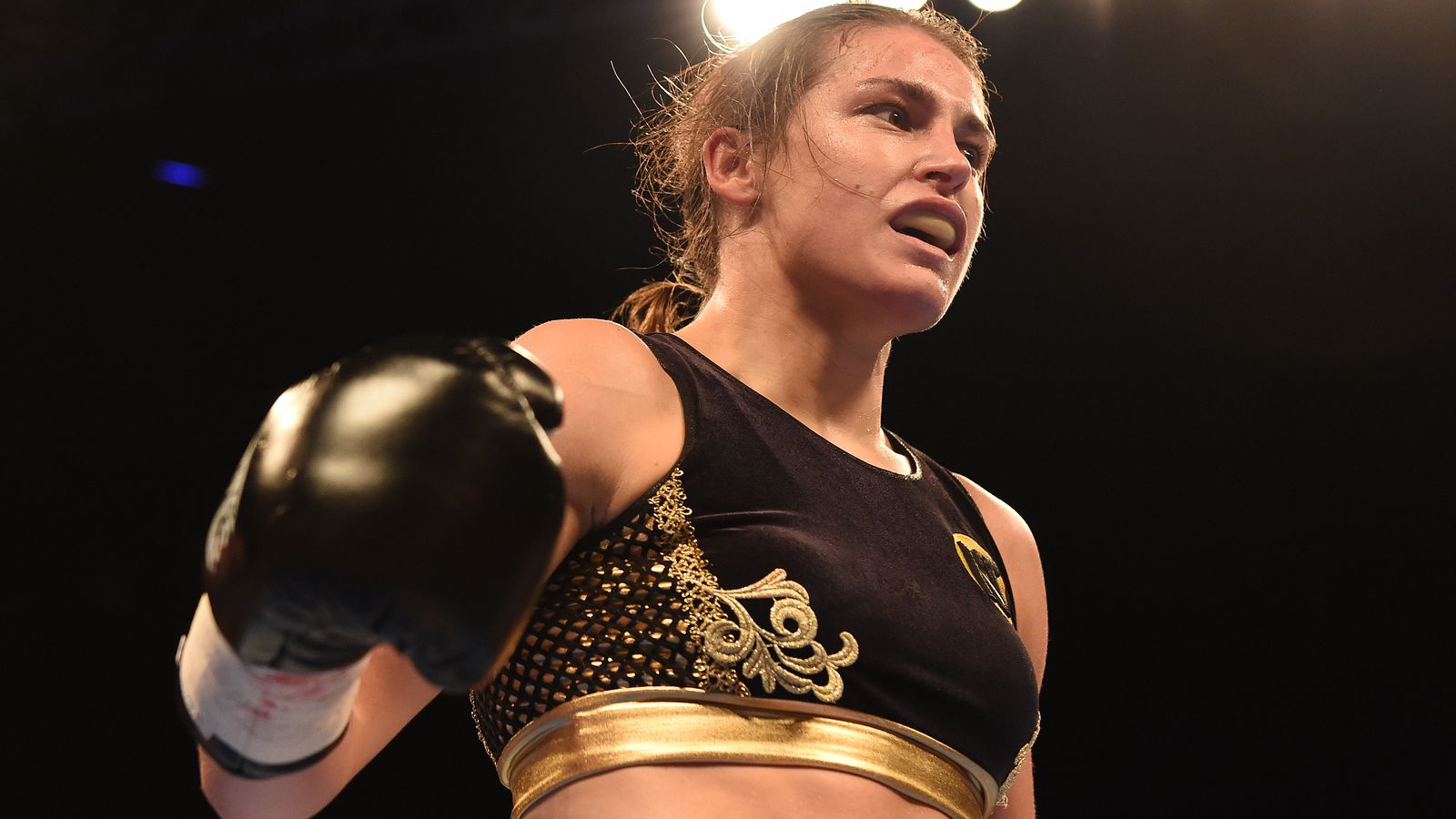 Superior speed of movement and punching saw Taylor control the bout for the majority of the fight with some of Linardatou’s wilder efforts pulling her off balance.

But the eighth round was a very difficult one for Taylor, Linardatou catching her with a heavy left in the last minute of that round. Although it rocked the 2012 Olympic gold medalist she recovered and stayed elusive in the ninth round, Linardatou sometimes running to try to close the ring space down.

Linardatou knew she had to go for a knockout in the tenth and final round and she did just that. Taylor stayed at distance though and avoided trouble, knowing that she had done enough to win on points.

This is only Christina Linardatou’s second defeat as a professional boxer.

Showing obvious emotion after the fight Taylor paid tribute to her opponent and thanked all those who had helped her make history.

Taylor’s record now moves to 15-0 in the professional ranks. Next up for her is likely to be a rematch with Delfine Persoon following the narrow and controversial win over the Belgian back in June though Taylor also wants to continue her quest to win the remainder of the world lightweight belts.