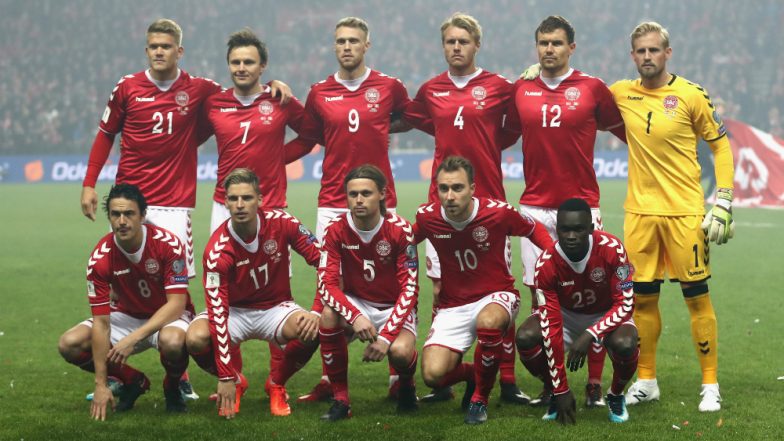 Denmark head coach Age Hareide has named a strong 20-man squad for the crucial Euro 2020 qualifiers versus Gibraltar at home (November 15th) and against the Republic of Ireland in Dublin three days later.

Denmark are as good as guaranteed to comfortably beat Gibraltar in Copenhagen which will leave the Danes three points clear of Ireland at the top of Euro 2020 qualifying Group D.

Switzerland are a point behind both Ireland and Denmark at the moment. The Swiss will be expected to beat both Georgia and Gibraltar which will mean that Ireland will need to beat Denmark in their only remaining qualifying game so as to secure one of the automatic qualifying spots for Euro 2020.

In Denmark’s squad for the upcoming qualifiers, Nice striker Kasper Dolberg is the only really notable absentee, while uncapped Brentford midfielder Christian Norgaad (aged 25) is included. High profile stars such as Christian Eriksen, Kasper Schmeichel and Lasse Schöne are all fit and selected.

Age Hareide will name three more players this week to complete his 23-man final Denmark squad, which is a stark contrast to the Irish system of naming a 40-man provisional squad before whittling it down to the final 23 a few weeks later. 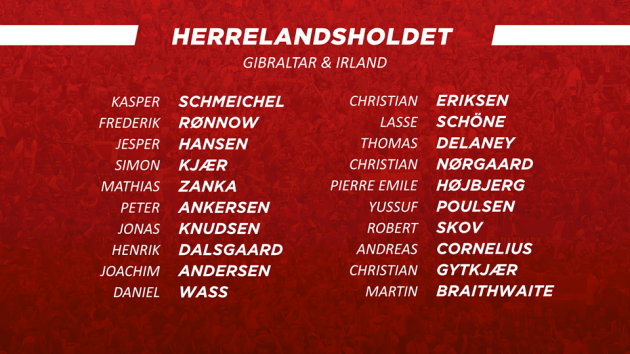